FLUX: We Been Had Dat!

This goes out to to all of those that have come together to make this effort possible. We in dis together. Big shout to Tom Tucker (Northern Los Angeles, by way of E. Atlanta) for handling his business at FLUX: 2011 for the @TheArtOfficials. "Your magic is real."
Posted by antbanks at 7:12 AM No comments:

A Huge Thank You

The Art Officials (Matt + Antonio) would like to extend a "huge thank you" to all of it's supporters. Whether it be local, national, or international, your continued sponsorship, by way of donations have played a vital role in the promotion of AO as an emerging collaborative organization.

The Art Officials have released the following statement:

The Art Officials in conjunction with AO Productions would like to apologize to all individuals that participated in the casting call that took place on March 11th, 2011 for the film Please Don't. Both directors/casting agents had to travel abroad to begin pre-production for another film and have not had the opportunity to respond to any of those that auditioned. AO Productions is still in the process of reviewing all footage that was captured on that evening and will be in contact with all individuals shortly.
Posted by antbanks at 10:30 AM 3 comments:

Casting audition being held Saturday March 12, 2011 at Picaflor Studio from 7PM to 9PM.

Actors and actresses needed for several roles in the upcoming film, Please Don’t, from A.O. Productions. As A.O. Productions second film, lead actors and actresses, supporting acting roles, as well as extras, need to be cast. The directors are interested in auditioning actors of all ages, genders, sexes, races, body types/sizes, heights, etc. Acting experience is recommended, but not required. Don’t be discouraged if you have minimal acting experience.

For the audition, please prepare a 60 second monologue of your choosing. Alternatively, sides from the script will be available at the casting. There is no need to memorize lines or be off book. You may be asked to read several sides of any character. (Film synopsis and lead character breakdown below.)

Please bring head-shots and resume/bio to the audition. Although your audition may be recorded, this is not a video shoot. It is an audition only. The casting audition will run parallel with a community event.

No pay is provided. However, the experience will be beneficial to your portfolio. If you are cast into a role, meals will be provided during filming. This film may be entered into several film festivals and potentially turned into a feature-length production.

Please Don’t is a story of love and triumphant tragedy. In a world where true love is considered the greatest tragedy, two lovers are caught in the middle of a war-torn country and are pulled apart by sectarian violence. The two find themselves trapped in not only a society on the brink of collapse but also within a modern-day rebellion of the heart.

(*Note: Additional roles, not listed in the breakdown, are also need to be filled.)

Falan: A free-spirited smooth talker. Having been a cultural nomad for her entire life, she has no active civil ties. Through sleight of hand, she is always able to find allegiance in every communal situation.

Colin: Renowned as an extremely outspoken individual among his friends. His life has been shaped by his recklessly loving heart. His excessively brash outbursts often leave him in the center of quarrels, both physical and mental.

Ahat: Known for being timid and often socially awkward in public situations. Ahat while not physically being present in every scene is often the first to know about any public or private matter via the internet.

Posted by antbanks at 8:51 AM No comments:

Two brand new and never-before-seen Art Officials photographs will be on exhibit!

The photography of 70 other artists will also be on display.

The Art Officials Portrait Unveiling at FLUX 2010: A Look Back 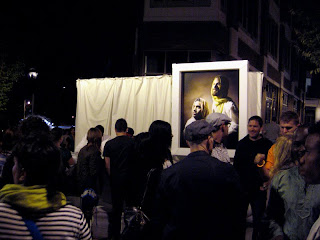 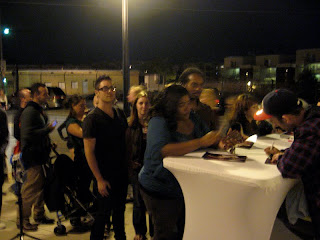 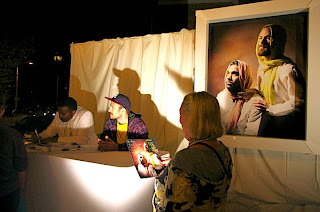 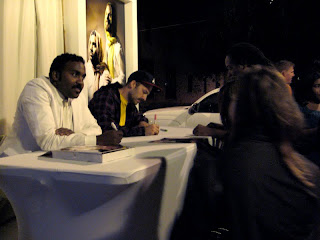 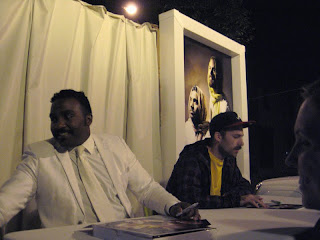 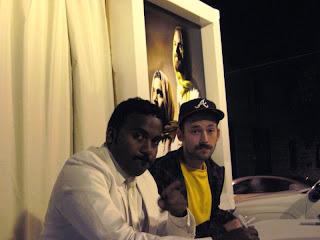